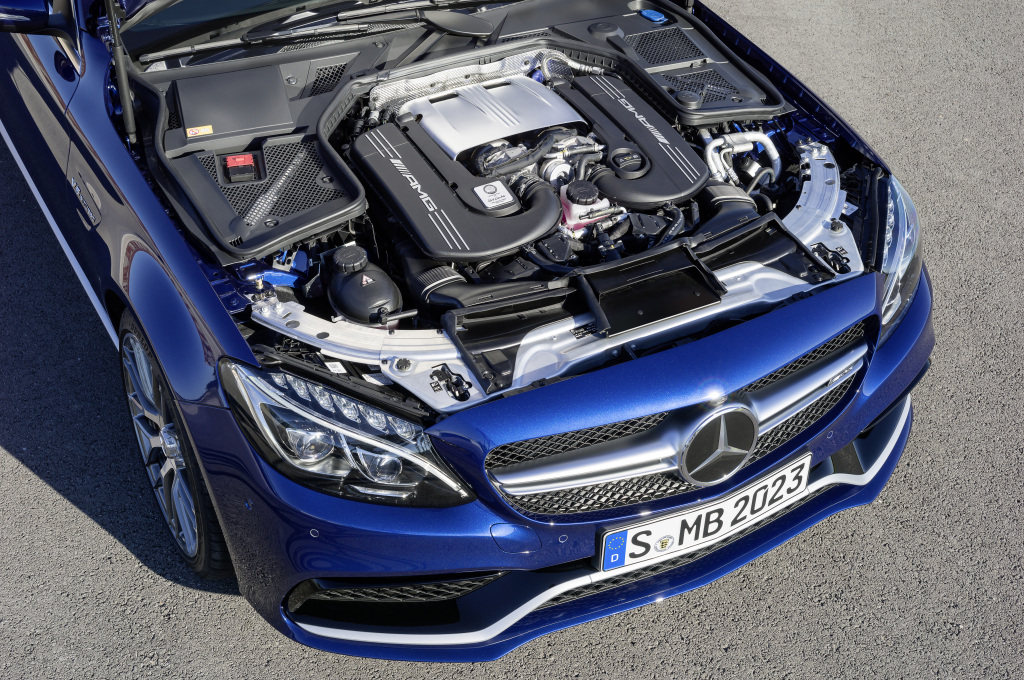 Mercedes' next C63 AMG will drop its iconic V8 engine in favour of a 2.0-litre turbo four-cylinder.

All new C-class models will have four cylinders and there will be no manual gearbox option, lead engineer Christian Früh told Car and Driver.

Rumours have been circulating as far back as 2019 that the next generation, expected in 2022, would drop the famous V8.

The move is undoubtedly from ever-increasing pressure from emissions regulations. The current C63 AMG emits 247g/km of CO2 – a far cry from the European manufacturer fleet target of 95g/km – and officially returns just 26MPG.

No details are fully confirmed yet about the new powerplant, but it would be logical to assume the new four-pot will at least match the current V8’s 510hp in ‘S’ trim.

It’s possible that the new engine will be lifted out of the current A45S AMG. It currently produces 422PS, so it wouldn’t be too difficult to plug the power deficit with an electric motor working together as a hybrid to meet both power and emission targets.

The move is likely to prove controversial amongst fans of AMG, as the V8 became an icon of the brand as the years went by. It didn’t matter whether it was a tiny SLK or a floaty S-Class, the AMG V8 always made an appearance. To replace the V8 with a four-cylinder will likely be seen by many as Mercedes taking away what made AMG so unique.

Good news for petrolheads does still remain, however. “It is impossible to achieve this kind of handling and balance with a front-wheel-drive platform,” Früh said – strongly suggesting that the new C63 will retain the popular 4Matic four-wheel drive system.

Further details are likely to be confirmed as the car comes closer to its intended launch date.